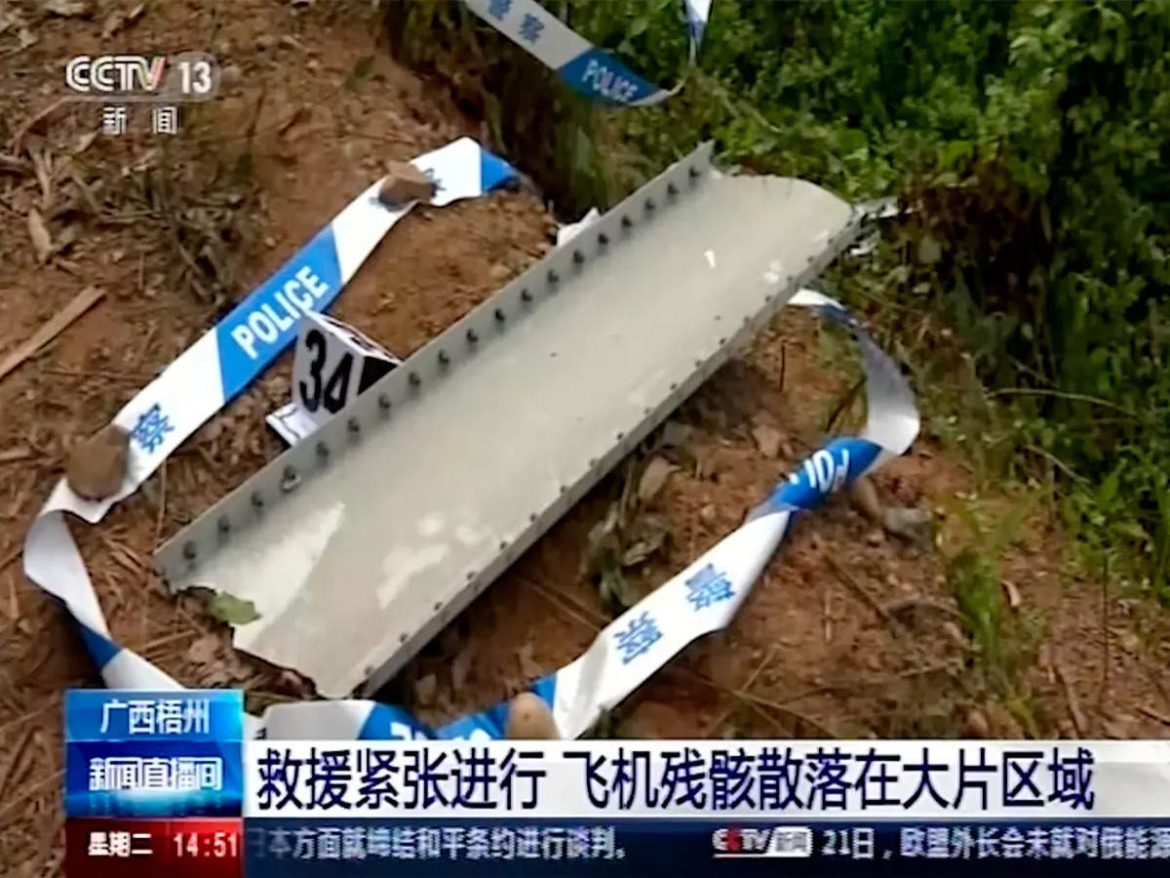 Early Tuesday morning, several recovery operatives shuffled through the debris of a crashed China Eastern jet after it inexplicably plummeted from the sky into a mountainside with 132 people on board.

Questions mounted over the cause of the crash, which saw the stricken jet drop 20,000 feet (6096 metres) in just over a minute before ploughing into rugged terrain in southern China on Monday afternoon.

Recall Oyogist had earlier reported that the Boeing 737-800 crashed near the city of Wuzhou in the Guangxi region while flying from Kunming in the southwestern province of Yunnan to the industrial center of Guangzhou along the east coast.

It ignited a fire big enough to be seen on NASA satellite images.