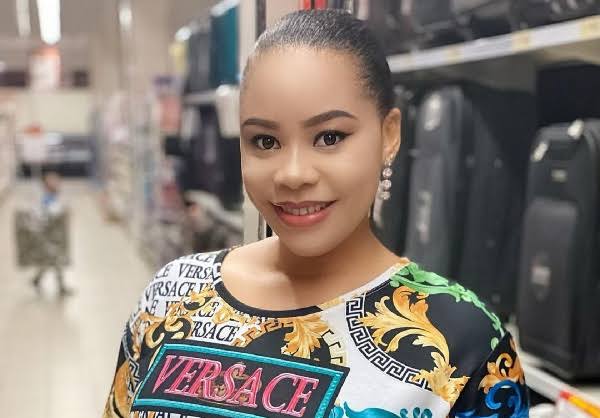 According to reports reaching oyogist.com, the police, on Thursday, arraigned Precious Chikwendu, the estranged wife of an ex-Minister of Aviation, Femi Fani-Kayode, on five counts bordering on cybercrime.

Chikwendu was arraigned before Justice Obiora Egwuatu at the Federal High Court, Abuja.She, however, pleaded not guilty to the charges after they were read to her.

Following her not guilty plea, the prosecuting counsel, Mr Victor, prayed the court for a date to commence trial and also prayed the court to remand Chikwendu in the Kuje Correctional Centre.

He said the defendant should be remanded pending the hearing and determination of the matter.However, counsel for Chikwendu, Alex Ejesieme, SAN, opposed the application and described it as funny.

“I am surprised that counsel is making this funny application,” Ejesieme said.

The senior lawyer told the court that he had filed an application for bail and that the prosecution had been served.

He said the prosecution only served him the counter affidavit on Wednesday and he had replied with a further affidavit and a reply on points of law.

He claimed that the late service of the counter affidavit by the prosecution was a ploy to have his client remanded in prison.

Ejesieme argued that the prayer that Chikwendu should be remanded in prison was uncalled for since she had never breached the terms of the administrative bail granted her by the police.

This is coming shortly after an Abuja Magistrate’s Court in Wuse Zone 2 had recently restrained the ex-beauty queen from making comments that could lead to the identification of her four children whose custody issues had been submitted before it for determination.

“I’m tired of the cheating” – Korra Obidi’s husband, Justin Dean opens up on the cause of their marriage crisis