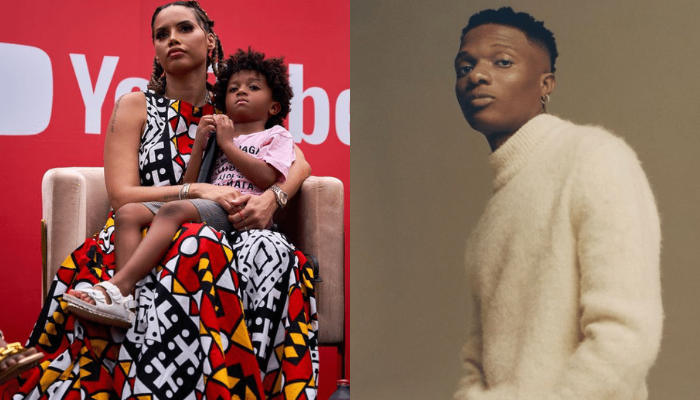 Oyogist has learned that International music executive, Jada Pollock, has revealed that she found it degrading to be referred to as a baby mama to popular Nigerian singer, Wizkid.

Pollock revealed this in a Question and Answer segment she hosted on her verified Twitter page on Friday.

The American-born music executive became popular in the Nigerian space after she welcomed her child, Zion, with Wizkid in 2017.

Speaking about this, the mother-of-one noted that she found it discriminating to be referred to as a baby mama rather than a music executive.

She wrote “I think about this. It’s so degrading and discriminating when I’m referred to as Wizkid’s third baby mother before addressing me professionally by my name.

“The credit of my journey/experience is so underrated.The sad thing is, it’s our own blogs that don’t heighten and uplift each other.”

She also noted that international blogs accord her with her professional status.

“It’s sad as we should all be a driving force to platform and push Africa and its movement to the world in its strongest form; Not the ones to tear down our own. Rolling Stones and Billboard to name a few would be the ones to professionally title, uplift and elevate,” she tweeted.