Copyright 2021 - All Right Reserved
Home Celebrities “I accepted to be a second wife, my husband is a muslim” -Mercy Aigbe reveals
Celebrities

“I accepted to be a second wife, my husband is a muslim” -Mercy Aigbe reveals 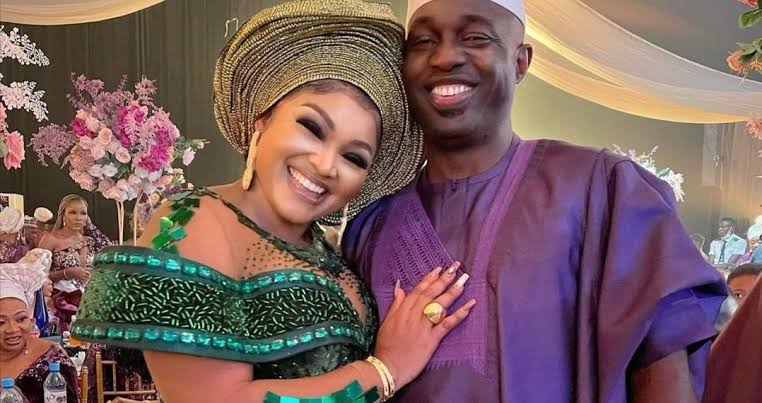 Nollywood star, Mercy Aigbe, has claimed that she accepted to be a second wife, Oyogist.com reports.

According to her, her new lover, Adeoti Kazim, also known as Adekaz is a Muslim and entitled to more than one wife.

She made this known in a conversation with the host of TVC talk show, Your View, Morayo Afolabi Brown.

Morayo while recounting her conversation with Mercy Aigbe said:

“While on the show, Mercy Aigbe called me, she said we are misdirecting the subject of our conversation. According to her, her current husband and ex-husband were never friends. She called me last night saying how people can say she married her husband’s friends. The man is a Muslim, he is entitled to more than one wife. He is titled to more than one wife, yes he had issues with his ex-wife and she has accepted to be a second wife. She was really upset that people are going to her DM, cursing her kids. She said it has nothing to do with her children, it’s her happiness”.

“I was afraid, depressed, and confused when I started my journey as a single mum”- Iyabo Ojo