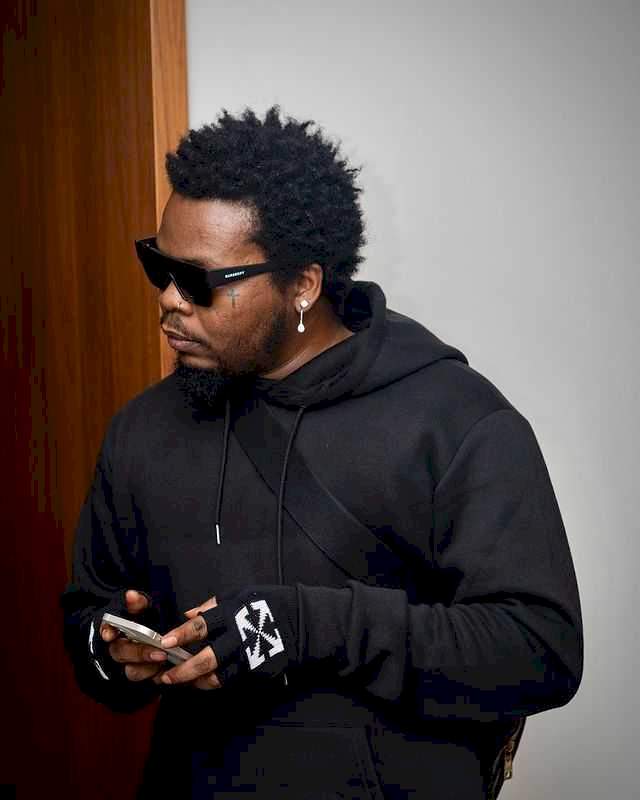 Oyogist has learned that award-winning Nigerian rapper and song writer, Olamide Adedeji better known simply as Olamide, has stirred Reactions after replying a fan who asked him for a car to start a bolt business.

The fan had dropped a comment on twitter, pleading with the YBNL boss, to help him with some money to start his bolt business.

The rapper, ostensibly enraged by the comment asked the fan if he had given him any money to keep for him, concluding by making a remark which netizens perceive to be a jibe at the fan’s mum.

Here are some reactions gathered;

@RealWaleAde wrote;” I kn you love Olamide. Trust me, – love him too wholeheartedly. But on this one, he’s wrong. – get it, he might not be in the mood, he’s human, but Olamide gat apologize to the young man. A spade is a spade. The dude did nothing wrong asking for help. Badoo, calm down apologize.”

Daniel Regha wrote; “Olamide, ur fan Oluwaseun only requested u assist him in purchasing a car so he can become a taxi driver & hustle for his daily bread; He didn’t impose. U are arguably rich, if u can help him kindly oblige but don’t make a mockery of him cos it takes guts for one to ask for help.”