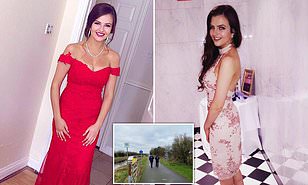 According to reports reaching oyogist.com, Ashling Murphy, a 22-year-old primary school teacher in Tullamore, a town in the Republic of Ireland was killed on Wednesday afternoon along the banks of the Grand Canal.

A man has been arrested in connection with the suspected murder of the young woman in County Offaly, and is to face further questioning.

Police are appealing for witnesses.

Ms Murphy was jogging along the canal bank at Cappincur, known as Fiona’s Way, at around 4pm on Wednesday when she was brutally attacked.

The route is named in memory of missing woman Fiona Pender.

Police investigating the suspected murder have said ‘no stone will be left unturned’ in bringing her killer to justice.

“You can be really famous and still be broke” – Timi Dakolo