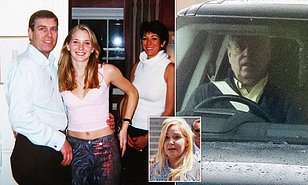 Oyogist has learned that the Duke of succeex, prince Andrew will face a civil court action in the US over claims he had sex with Virginia Giuffre when she was a teenager.

Judge Lewis A Kaplan declined an application from the Duke’s lawyers to have the case dismissed, which is likely to result in a high-profile case in September over Ms Giuffre’s sensational allegations against the British royal.

She alleges she was trafficked by Jeffrey Epstein to have sex with Andrew when she was 17, which made her a minor under US law.

Ms Giuffre is seeking unspecified damages in a civil suit against Andrew, but the sum could reportedly be in the millions of dollars.

Prince Andrew, who has not been charged with any criminal offences, has vehemently denied all the allegations against him.