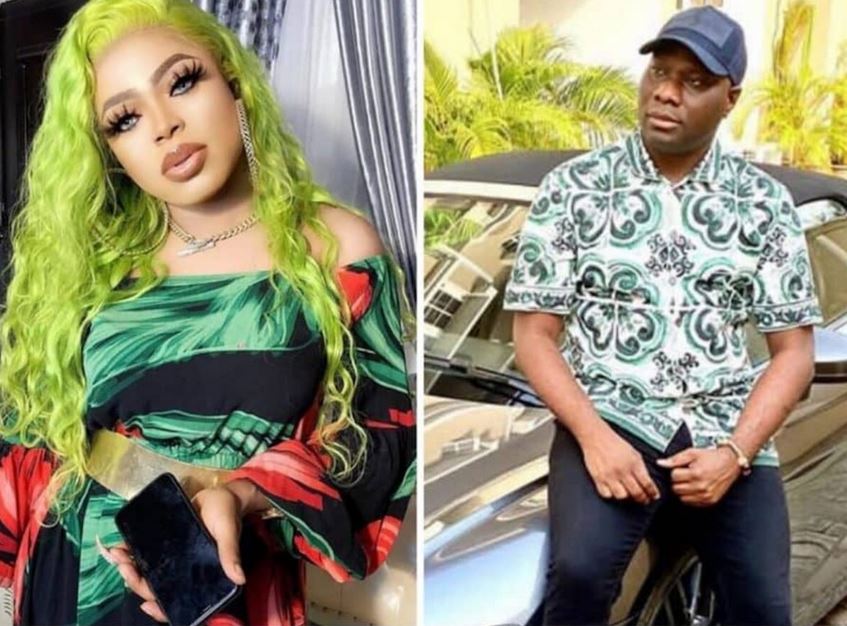 Controversial crossdresser, Bobrisky has reacted to the re-arrest of businessman by EFCC over allegations of money laundering, Oyogist.com reports.

Recall that Mompha and Bobrisky who have been friends for a while, had a seious fight on social media last December, which forced Mompha to file a court notice against Bobrisky.

Bobrisky had to tender a public apology to Mompha which he has not acknowledged.

The Economic and Financial Crimes Commission arraigned Mompha in court and some social media users opined that Bobrisky would be in a corner now laughing at Mompha.

Bob has come out to dismiss this notion, According to him, he values his friendship with Mompha.

”I’m that friend that stand till death cos my friendship with you is d purest !!!!! I know wherever you are right now you are fine.

Have always know you as a strong man not d weak.

Many people try everything to break us cos they don’t understand d friendship, well it’s their business and their opinion.

Just imagine reading some comments on blogs saying bobrisky will be somewhere laughing and dancing after d news of ur re arrest broke out.

You all know don’t know me lol. I value friendship more than my life.I’m here to tell you all that mompha is fine. He will address you all soon. Have a great day”.