Many feared dead as truck crushes pupils in Lagos 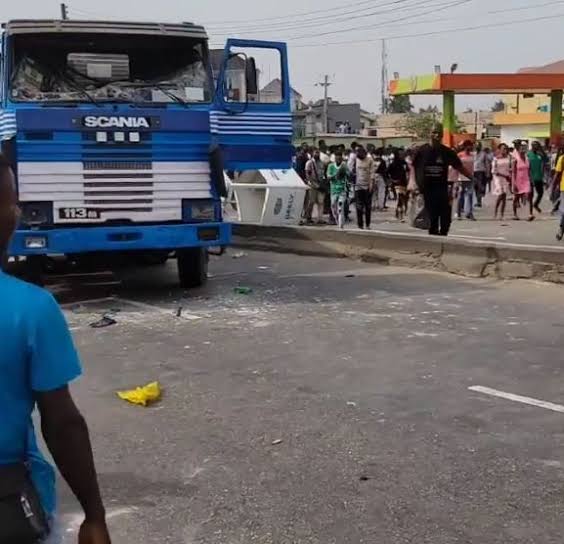 According to reports reaching Oyogist.com, Several pupils have been crushed to death by a hit-and-run truck driver along Ogunusi Road, Grammar School bus stop, Lagos State.

It was learnt that the pupils were going home after closing time and wanted to cross the road when the truck ran over them.

The driver was reportedly chased to the Ogba area where he was arrested.

It was gathered that the incident occurred around 2 pm and that about 15 pupils were lying lifeless on the floor.