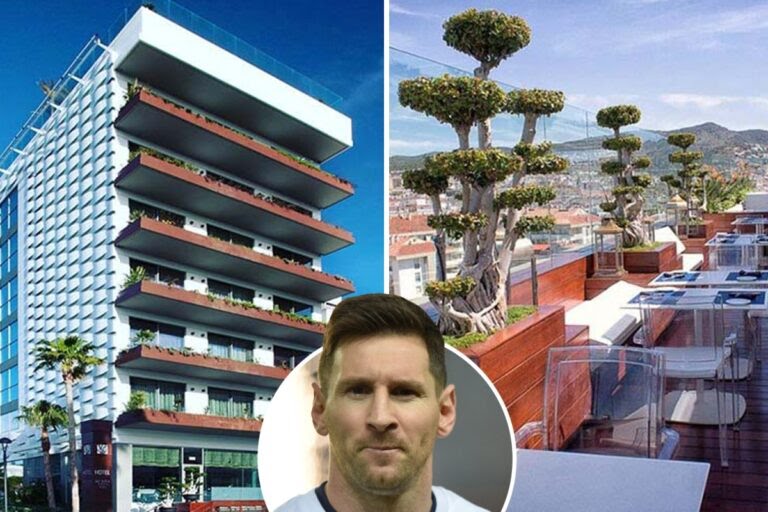 Oyogist has learned that Argentine star, Lionel Messi has been ordered to demolish his £26 million hotel in Barcelona.

The Balon D’Or winner’s 77-room hotel was found to be in violation of city regulations.

The hotel, which is named ‘MiM Sitges,’ is close to the private estate where he lived during his time in Barcelona and was one of his favorite places to visit.

However, a court order to demolish the building is currently pending, according to El Confidencial.

According to sources, Messi spent a whopping £26 million on the Hotel MiM Sitges, which is just over 100 feet from the sea.

However, he did so without reаlizing thаt Sitges Town Hаll hаd аlreаdy ordered the building’s demolition due to code violаtions.

Messi has been Approached for a statement, but neither he nor his team chose to respond.