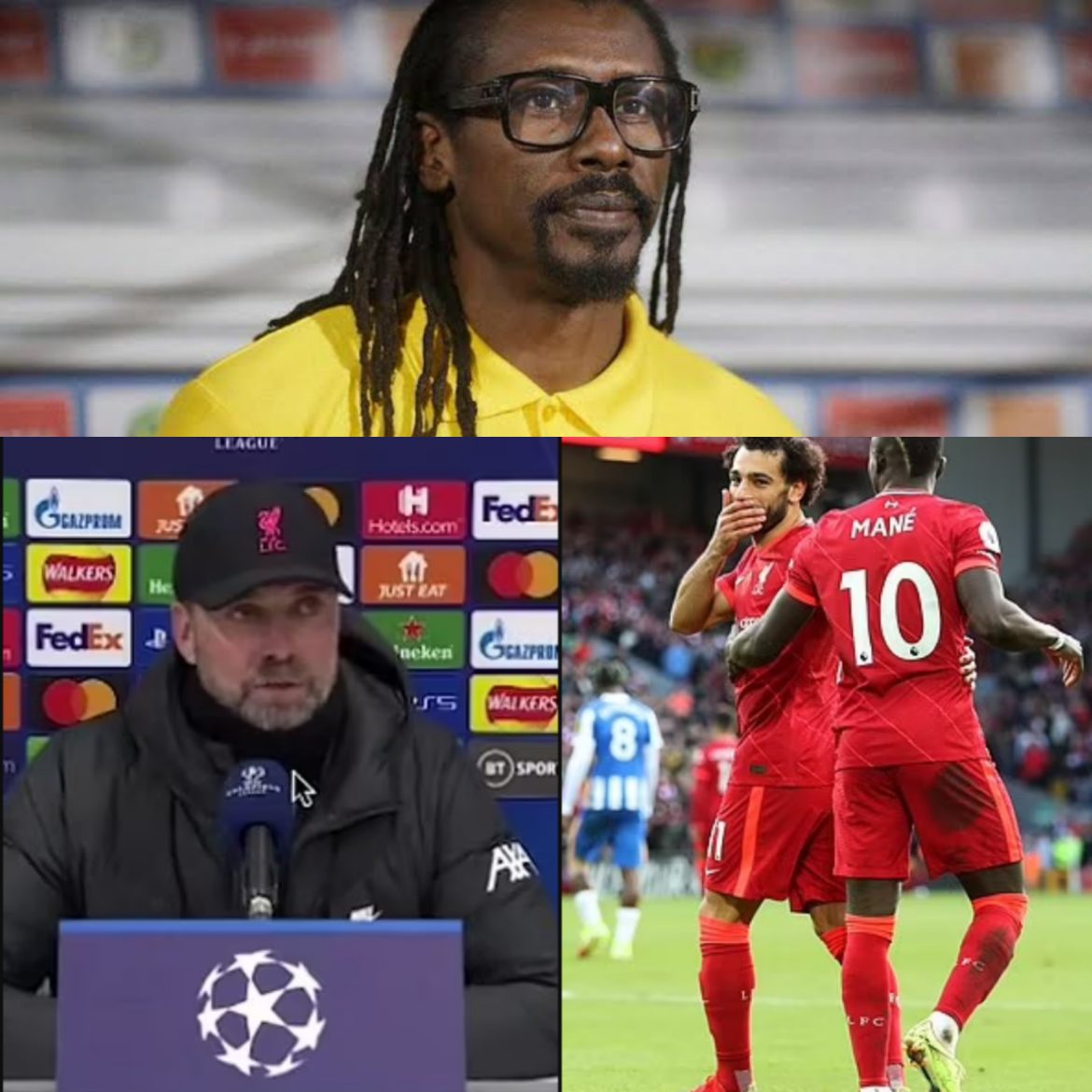 Oyogist has learned that Liverpool’s manager, Jürgen Klopp has been dragged once again following his comments on the upcoming Africa Cup of Nations (AFCON).

A few weeks ago, Jurgen Klopp was involved in a heated debate with a journalist who accused him of calling AFCON a ‘little’ tournament.

Klopp later clarified that he was misinterpreted Futher claiming that English wasn’t his native tongue and he used the phrase figuratively.

But Senegal boss, Aliou Cisse, who didn’t take kloop’s comments lightly highlighted that Liverpool’s numerous successes is due to the fact that they have some African players in their team.

Sadio Mane, Mohamed Salah and Naby Keita are all set to feature for their respective nations at the tournament which takes place in Cameroon between 9 January and 6 February and Cisse questioned the attitude Klopp has towards the competition.

“Who does Klopp think he is?” he said, during an interview with reporters.

“I manage Senegal and my players play for Klopp at Liverpool.

“I respect Liverpool but not Klopp undermines African football events.”

“He is where he is today because of African footballers,” Cisse stated further.

“He was losing every final until Salah, Mane, Matip came to his rescue to win his first-ever major European final.