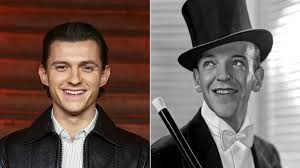 The 25-year-old actor confirmed This on Sunday, during an interview with reporters.

In a recent profile for GQ, Oscar-nominated producer Amy Pascal teased that she wanted Holland for the part of Astaire in the forthcoming movie, as well as another trilogy of “Spider-Man films.”

But Spider-Man while responding to reporters confirmed that he’ll step into the entertainer’s dance shoes for the project, which is still in its early stages.

The script came in a week ago,” Holland told reporters. “I haven’t read it yet; they haven’t given it to me.”

Until it’s time to suit up as Astaire, Holland is focused on his latest outing as Peter Parker in Sony and Marvel’s “No Way Home,” his seventh appearance as the web-slinging superhero.