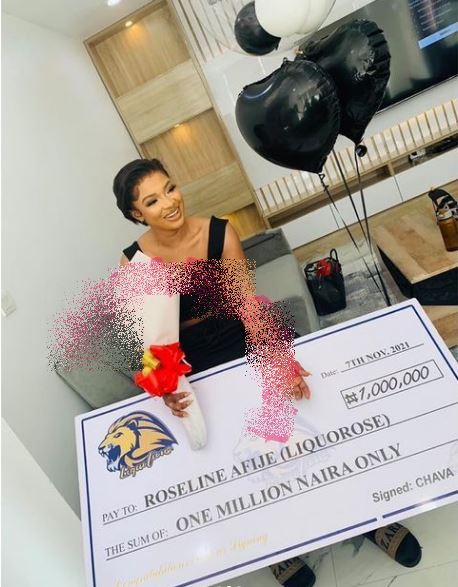 Oyogist has learned that fans of popular Reality star, Liquorose once again amazed their fave who has been away from the country for some time now.

Liquorose fans visited her shortly after her arrival from South Africa.

They donated a whopping one million naira alongside other items to the BBNaija second runner up.

Few days ago, Liquorose and Cross had decided to chill off and have a good time in the Southern part of the continent following the pressure that comes with their new celebrity lifestyle.

However, upon her return, her fans (Liquorlions) who seem relentless in their kind gesture chose to welcome her back to the country in a grand manner.