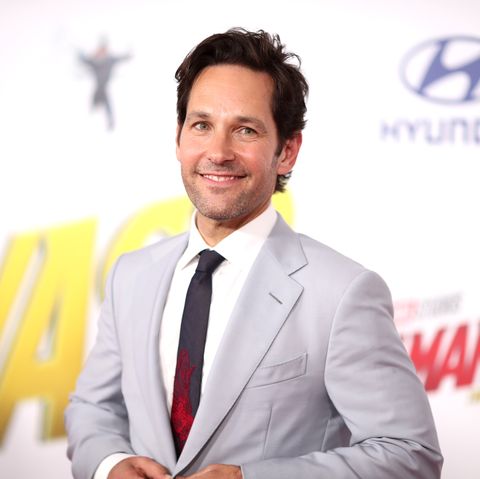 Oyogist.com has learned that American actor, Paul Rudd, has been named the 2021 sexiest man alive by People’s magazine on Wednesday.

The 52-year-old actor who graced the front page of People’s magazine stated that he was having a hard time accepting his new title. However, he maintained that he’s going to own the crown.

He also expressed surprise at his new title, stating that they are many people who should have gotten the crown before him.

“This is not false humility. There are so many people that should get this before me,” he told People during an interview.

With this feat, the Antman actor has bagged one of the most coveted titles in Hollywood, joining the league of past title holders like Idris Elba, George Clooney, Brad Pitt, Michael Jordan, and others.

Speaking on the opportunities that come with the title, Rodd said, “I’m hoping now that I’ll finally be invited to some of those sexy dinners with Clooney and Pitt and B Jordan. And I figure I’ll be on a lot more yachts. I’m excited to expand my yachting life.

“And I’ll probably try to get better at brooding in really soft light. I like to ponder. I think this is going to help me become more inward and mysterious. And I’m looking forward to that.”