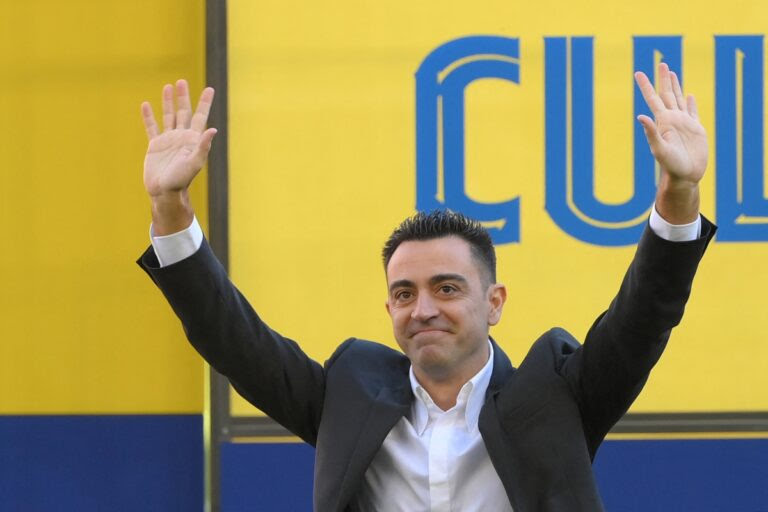 Oyogist has learned that Barca’s new manager, Xavi Hernandez has revealed that Lionel Messi sent him a Goodluck message shortly after he took over from Koeman as manager.

The 41-year-old was unveiled as Barca’s new manager in an emotional event on Monday, bringing an end to Ronald Koeman’s two-and-a-half-year tenure at Al Sadd.

Journalists had asked Xavi during his official presentation if he wanted to lead Messi, who left the Catalans last summer to join Paris Saint-Germain.

“Messi is a great friend, he sends me good luck. But you can’t think of the players who are not there.“I’m really excited I’m back home,” he added.

We are in a difficult situation economically and not at our best sporting moment.

But we are Barça and we are the best club in the world.“I was really moved to see all the fans today and we have to give them back good football, work seriously and with our values.”