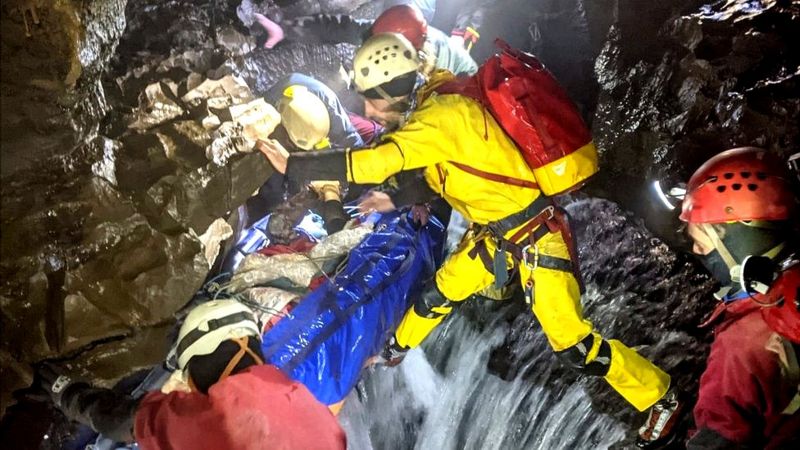 According to reports reaching oyogist.com, a man who was injured while caving in the Brecon Beacons on Saturday has been rescued.

A Rescue team on the surface pulled him out to the ground into a waiting ambulance.

He has multiple injuries but was said to be in good spirits.

Gary Evans, emergency services liaison officer and one of the incident controllers, said:

“He’s being assessed at the moment and we’ll know more in a short while.

“About 250 people were involved in the rescue effort.One of the rescuers, Peter Francis while narrating the incident described the man as “an experienced, fit caver” and “it was a matter of putting his foot in the wrong place”.He added: “It’s just something moved from under him.”