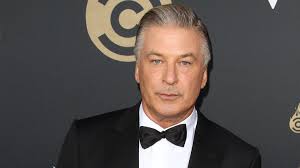 Baldwin disclosed this in a post on his official Instagram handle, which read: ‘Every film/TV set that uses guns, fake or otherwise, should have a police officer on set, hired by the Production team, to specifically monitor weapons safety.’

The gun was supplied by the armorer, Hannah Gutierrez-Reed, and checked by the assistant director David Halls, who told Baldwin it was a ‘cold gun.

The set has been shut down since that fatal day on October 21, as authorities probe the scene of the incident.