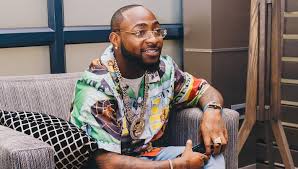 Oyogist has learned that Popular Nigerian Artist, Davido has hinted on a remix of wande coal’s hit song, Come My Way”

A video had surfaced online showing the moment the singer performed in a studio with wande coal.

Wande coal could be seen vibing to the track, nodding his head in affirmation to David’s lyrics.

Recall the singer had announced the release of his hit single, come my way earlier last week, in a seemingly moderate manner.