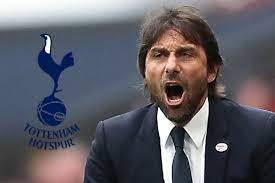 According to transfer expert, Fabrizio Romano, Conte has already accepted Tottenham’s proposal to coach the club.

He tweeted, “Antonio Conte is ready to accept Tottenham’s proposal. Talks underway and understood to be ‘at final stages’ – salary and long term contract discussed, but he seems convinced to say ‘yes’.

“Negotiations to continue in the next few hours in order to complete the agreement.”

Tottenham sacked Santo on Monday following their Premier League 3-0 loss to Manchester United over the weekend.

The defeat to Man United means Spurs are now in the 8th position on the Premier League table with 15 points from 10 games.