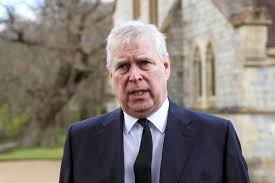 Oyogist has learned that Prince Andrew won’t participate in next year’s Platinum Jubilee event after a US court scheduled his bombshell sex abuse case to clash with the celebrations.

The event which would be held mid January would mark his mother the Queen’s 70th year on the throne between Thursday, June 2 and Sunday, June 5 next year.

Judge Lewis Kaplan had earlier ruled, with the agreement of both parties, that disclosure, which includes Andrew testifying under oath, should be completed by July 14 – just five weeks after the jubilee.