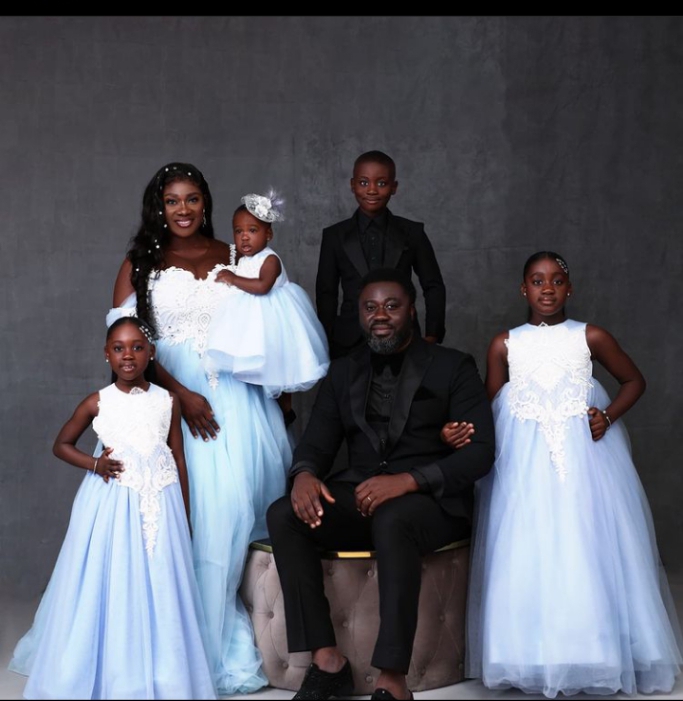 Nigerian actress, Mercy Johnson-Okojie took to Instagram to lament about how he daughter has been bullied in school by a teacher who hates the actress, Oyogist.com reports.

The mother of four in a long post warned that she will not take lightly any form of bullying on her kids.

According to Mercy, before she is a celebrity she is a mother and is okay to dislike her but she won’t take it lightly if you take it out in her kids.

She continued that her daughter who normally likes school doesn’t like going anymore because of that.

She further added that even when she confronted the teacher upfront, the teacher admitted to bullying her daughter because she doesn’t like Mercy.

“I honestly don’t care if someone does not like me, I do not expect everyone to but do not take your hate out on my child.

“A teacher at my daughter’s school has been bullying her for two weeks constantly, she is not her class teacher but shows up everyday to bully and intimidate her. She tells her to her face that she does not like her mother.

“Purity that used to love going to school is now terrified of going to her new school because of this teacher.

“You can say anything about me, you can dislike or hate me I will not respond but do not attack my kids that did nothing to you and can’t defend themselves.

“Since when is it a crime to be Mercy Johnson-Okojie’s daughter?, the post read in part”

See her posts below;