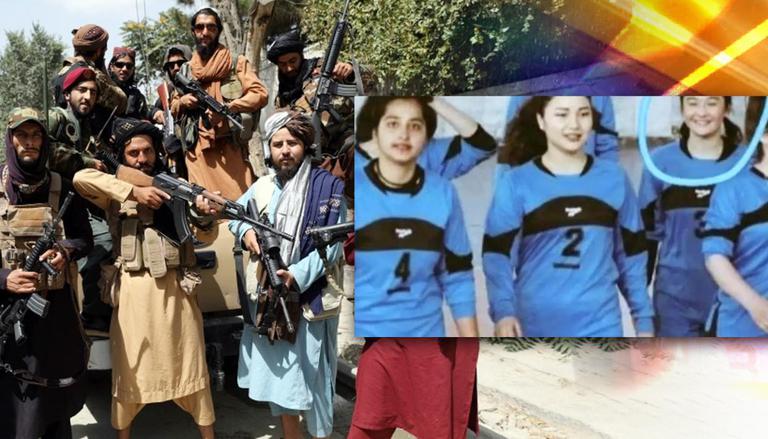 According to report reaching oyogist.com, Mahjabin Hakimi was a rising star of Kabul’s youth team but since the Taliban’s rise to power all women’s sports have been banned and former players have even burned their sports kit to avoid reprisals.

A teenage volleyball player has been beheaded by the Taliban, who then posted photos of her bloodied head online as a warning for women to obey their hardline rules, it is claimed.

Mahjabin Hakimi was a rising star of Kabul Municipality Volleyball Club’s youth (ages 10-16) team. Most of her team-mates managed to escape the country after the Taliban seized power in August but Mahjabin remained trapped.

The Taliban’s radical interpretation of Islam forbids women from playing sport, or even having the most basic freedoms.

Just this week FIFA and the Qatar government managed to evacuate as many as 100 women footballers from Afghanistan, including several members of the national football team and their family members.

Zahra Fayazi, who played in the country’s national volleyball team for seven years before moving into a coaching role, told the BBC that at least one of the Afghan Women’s national squad had been executed.

“Our players who were living in the provinces had to leave and live in other places,” she said.

“They even burned their sports equipment to save themselves and their families. They didn’t want them to keep anything related to sport.”

Mahjabin was allegedly killed by the Taliban government earlier this month, but the execution passed almost unnoticed.

It was only when the bloodthirsty hardliners reportedly posted grisly images of Mahjabin’s head online that a volleyball coach, who gave their name as “Suraya Afzali” decided to go public.

They told the Persian Independent that Mahjabin’s family had been warned not to talk about the killing.

“All the players of the volleyball team and the rest of the women athletes are in a bad situation and in despair and fear,” Afzali said. “Everyone has been forced to flee and live underground.”

The Afghan national women’s volleyball team, which was founded in 1978, has long been seen as an inspiring source of empowerment for young Afghan women.

But since the Taliban takeover on August 15, all women’s sporting, political, and social activities have been banned – with very few Afghan girls even having access to secondary education.