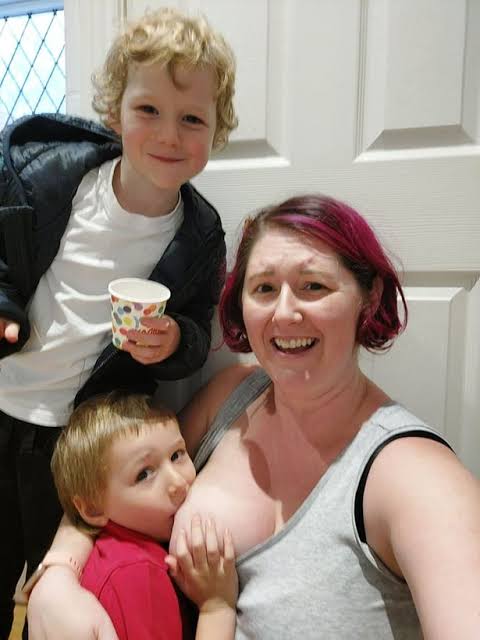 A mum has revealed how she still breastfeeds her two boys, who are aged five and six, before and after school, Oyogist.com reports.

According to the mum identified as Sheryl Wynne, from Wakefield, West Yorks she insists that breastfeeding her sons creates a lifelong bond between them.

The 39-year-old nurses said she feeds both Riley, six, and Mylo, five, before and after school in a bid to make them feel closer to her.

She claims “mummy milk” is the ultimate parenting tool as it helps calm the children and comforts them when they’re upset or ill.

However the mum admits that she does receive negative comments from family members and people she knows.

But despite the remarks, Sheryl says “that’s children”.