“We need to find the mentality and tactics to win”- Pogba 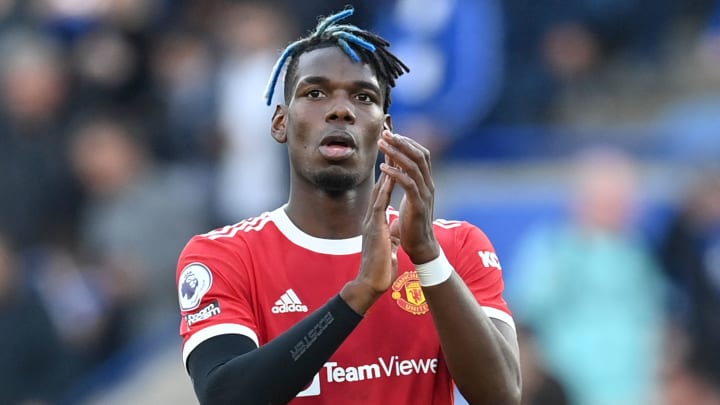 Paul Pogba delivered a withering assessment of the state of Manchester United’s form after a 4-2 defeat to Leicester left the Red Devils already five points adrift in the Premier League title race.

United have not won an English top-flight title since 2013, but were expected to challenge this season after splashing out to sign Cristiano Ronaldo, Jadon Sancho and Raphael Varane in the transfer window.

However, Ole Gunnar Solskjaer’s men have taken just one point from a possible nine against Aston Villa, Everton and Leicester in their last three league games.

United also crashed out of the League Cup last month and are under pressure for Wednesday’s Champions League clash with Atalanta after losing their opening group game to Swiss side Young Boys.

“If we want to win the title, these are the games we need to win, even if they are very hard,” Pogba told Sky Sports.

“We have been having these kind of games for a long time and haven’t found the problem. We have conceded easy and stupid goals.”

“We know that the fans were going to push and put pressure on us and we need to be more mature, play with more experience and arrogance – in a good way – by taking the ball and playing our football,” added Pogba.

“We need to find the key for this change because we deserved to lose.

“I don’t know if it is the mindset of the players. We need to change something. We need to find the mentality and tactics to win. We have to look as individuals and as a team to fix this.”

“I love them as players those five, but having them all in the same team there’s not enough work horses,” said Neville.

“We needed work horses alongside the great players. Manchester United at this moment in time are imbalanced.”

Ladies, men should be extra toppings not even the dessert- BBNaija Star, Ka3na