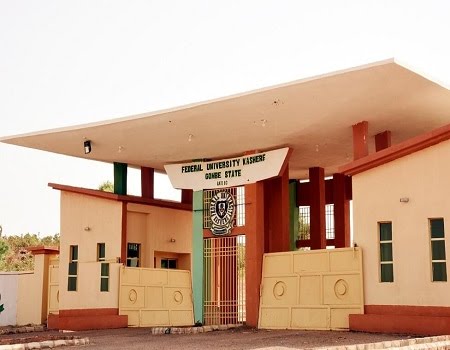 According to reports reaching Oyogist.com, The Federal University Kashere in Gombe State on Tuesday announced the expulsion of 23 students over their involvement in forgery and examination misconduct.

The university management also approved the rustication of one other student.

This is contained in a statement by Suleiman Malami, Head of Information and Protocol of the university, on Tuesday in Gombe.

Malami said that the action followed the recommendations of the senate of the university during its 68th regular meeting.

He said, “the Senate University at its 68th regular meeting held on Sept. 23, 2021 had considered and approved their expulsion and rustication with immediate effect,” he said.

Malami said that the erring students were found wanting for forging results and examination misconduct.

The statement also quoted Alhaji Kabiru Garba-Aminu, the registrar of the university, as saying that arrangements had been concluded for smooth resumption of students for the second semester 2020/21 academic calendar.

Garba-Aminu called on parents to ensure that their wards return to school on good time as academic activities would commence immediately.

He reiterated the commitment of the university management to provide conducive learning environment towards ensuring a hitch free semester.

The registrar further urged the university host communities to cooperate and support the management as well as the students.