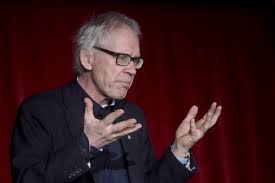 Oyogist.com had learned that Swedish artist Lars Vilks, has been killed in a car crash.

According to the Police, the artist who stirred worldwide controversy in 2007 with drawings depicting the Prophet Mohammad with the body of a dog, was killed in a car crash near the southern town of Markaryd on Sunday.

Vilks, 75, who had been living under police protection since the drawings were published, was travelling in a police vehicle which collided with a truck.

The car, which had left Stockholm and was heading south, veered into the path of the truck and both vehicles burst into flames.

Two police officers were also killed.The truck driver was flown to a hospital with serious injuries.

Police said they did not know why the car drove into the wrong lane but they were investigating whether a tyre might have exploded.

The car transporting Vilks had puncture-proof tyres, police said. However, exploded tyre remains were reportedly found on the road.

“This is a very tragic incident. It is now important to all of us that we do everything we can to investigate what happened and what caused the collision,” Swedish police said in a statement on Monday.

“Initially, there is nothing that points to anyone else being involved.

“Most Muslims consider any depiction of the founder of Swedish ‘Mohammad’ cartoonist Lars Vilks killed in car crash as offensive.

Since the publication of the cartoons, Vilks had been living under round-the-clock police guard following threats against his life.

He had a bounty put on his head and his house was fire-bombed.In 2015, one person was killed in Copenhagen, Denmark, at a meeting meant to mark the 25th anniversary of an Iranian fatwa against British writer Salman Rushdie, which Vilks attended.

Vilks was widely seen as the intended target.Vilks had said that the cartoons were not intended to provoke Muslims, but to challenge political correctness in the art world.

The Lars Vilks Muhammad drawings controversy began in July 2007 with a series of drawings by Swedish artist Lars Vilks that depicted the Islamic prophet Muhammad as a roundabout dog (a form of street installation in Sweden).

Several art galleries in Sweden declined to show the drawings, citing security concerns and fear of violence. The controversy gained international attention after the Örebro-based regional newspaper Nerikes Allehanda published one of the drawings on 18 August as part of an editorial on self-censorship and freedom of religion.

While several other leading Swedish newspapers had published the drawings already, this particular publication led to protests from Muslims in Sweden as well as official condemnations from several foreign governments including Iran, Pakistan, Afghanistan, Egypt ,and Jordan,as well as by the inter-governmental Organisation of the Islamic Conference (OIC).

The controversy occurred about a year and a half after the Jyllands-Posten Muhammad cartoons controversy in Denmark in early 2006.

Dj Cuppy resumes back to school