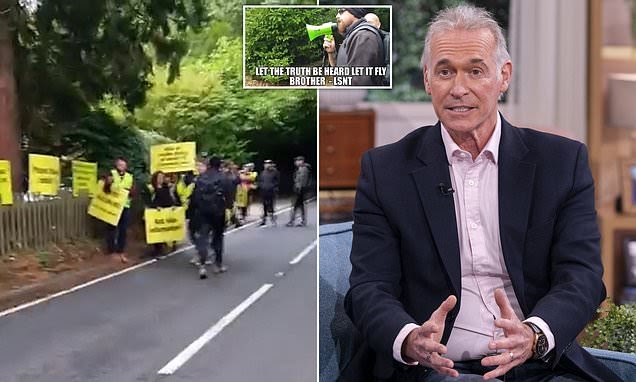 Oyogist has learned that Dr. Hilary Jones’ quaint country home has been targeted by a ‘vicious group of anti-vaccine protestors’ after he urged citizens to take the COVID-19 jab on live TV show, Good Morning Britain.

Residents in the peaceful Kent village woke to an army of enraged protestors, who describe themselves as ‘soldiers of truth’, as they carried placards and megaphones round his property.

The TV doctor, 68, had previously been the subject of discussion over the months after his criticism of those refusing the vaccine prompted 152 complaints to the TV regulator.