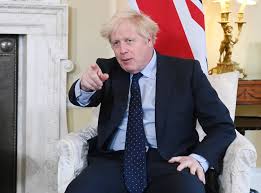 Oyogist has learned that UK Prime Minister Boris Johnson said on Sunday he would not return to “uncontrolled immigration” to solve fuel, gas and food crises.

Johnson suggested for the first time that such irregularities were linked to Britain’s departure from the European Union.

During the PM’s Conservative Party’s conference, Johnson was coerced to defend his government against complaints from those unable to get petrol for their cars, retailers warning of Christmas shortages, and gas wholesale price hike.

The British leader had wanted to use the conference to turn the page on more than 18 months of COVID-19 and to refocus on his 2019 election pledges to tackle regional inequality, crime and social care.