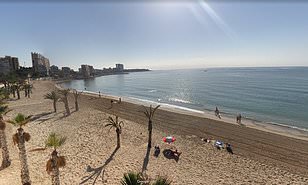 OYOGIST has learned that a British man, Identified as Briton has drowned while swimming in the ocean off the coast of the Costa Blanca city of Alicante.

The man, believed to be aged around 40, went into severe difficulties after arguing with his partner before getting into the water.

Fishermen spotted him floating in the water and got him to the shoreline. Police and paramedics were mobilised and performed CPR on him, but their efforts were in vain and he was pronounced dead at the scene.
Alicante seaBritian
Share
0
FacebookTwitterPinterestLinkedinRedditWhatsappTelegramViberEmail