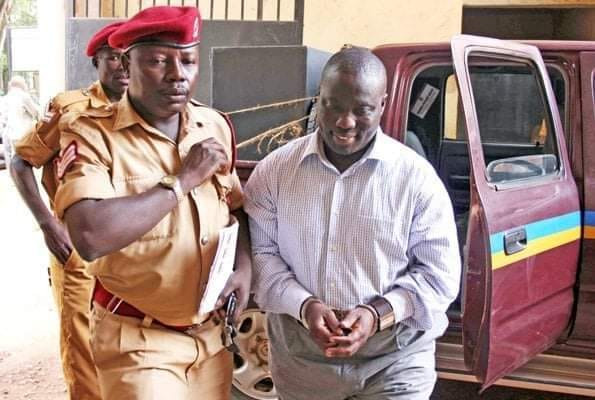 Oyogist has learned that a high court sitting in Uganda has sentenced a government official to 40 years imprisonment and ordered him to pay $5.4 million in compensation for embezzlment.

Godfrey Kazinda was accused of embezzling $26.4 million from a scheme funded by the governments of Ireland, Sweden and Denmark to help northern Uganda recover from the ravages of a decades-long insurgency by the notorious Lord’s Resistance Army.

Kazinda, a former accountant in the Office of the Prime Minister, was found guilty of “the offences of illicit enrichment, forgery, causing financial loss and conspiracy to commit felonies”, Justice Margaret Tibulya said, sentencing him to 40 years in jail.