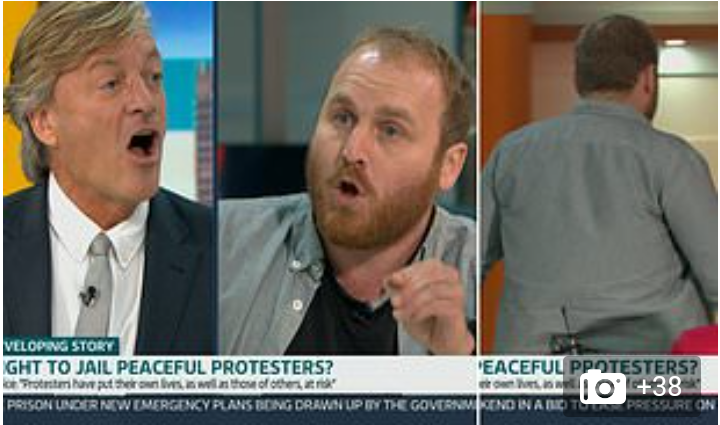 Liam Norton was pissed off after being criticised for demanding that Government pay to insulate social housing.

His London home – which is owned by a housing association – is single-glazed, has no cavity wall insulation and uses gas central heating, energy efficiency reports show.

Asked what he thought about the idea of a motorist hitting and possibly killing one of the group’s members, he Norton replied: ‘It’s terrible isn’t it’.

ut as the debate raged Norton became visibly frustrated, before eventually standing up and walking off the set.
As he left, Madeley let out a sarcastic ‘Bye,’ before going on to mock Norton’s comparison of the group’s support to that of Winston Churchill prior to the Second World War.
BritianEco mob LeaderGMB
Share
0
FacebookTwitterPinterestLinkedinRedditWhatsappTelegramViberEmail