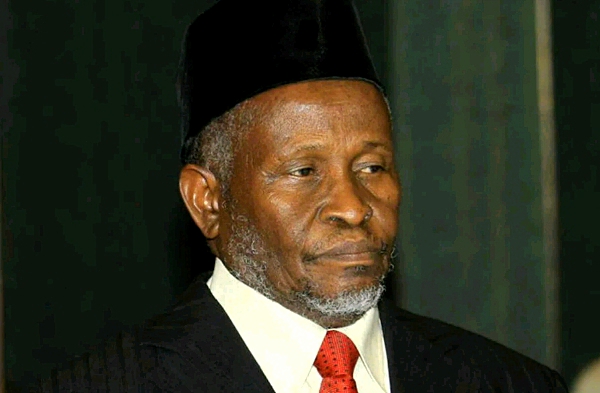 Oyogist.com has learned that the Chief Justice of Nigeria (CJN), Justice Ibrahim Muhammad has summoned six state Chief Judges over conflicting orders emanating from their courts.

In recent weeks, the chief judges had issued conflicting orders on issues bordering on the chairmanship tussle of the Peoples Democratic Party (PDP) and the gubernatorial candidate logjam of the All Progressives Grand Alliance (APGA) in Anambra state.

Those summoned are Chief Judges of Rivers, Kebbi, Cross River, Anambra, Jigawa and Imo states.The affected Chief Judges are to first appear before CJN, before their appearance before the NJC to explain what informed the issuance of conflicting orders by courts of coordinate jurisdiction.

The CJN, in was learnt,frowned at the embarrassment caused the Judiciary by the actions of the judges behind the conflicting ex-parte orders.

The media aide to the CJN, Ahuraka Yusuf Isah confirmed that Justice Muhammad did issue the summons in his capacity as the Chairman of the NJC.

It was gathered that the meeting between the CJN and the affected Heads of Courts would hold this week before their appearance before the NJC sometime next week.

The decision by CJN to issue the summons, it was learnt, was intended to halt what has become an embarrassment to the Judiciary in the past few weeks.

Part of summons reads: “My attention has been drawn to media reports to the effect that some Courts of coordinate jurisdiction were granting conflicting ex-parte orders on the same subject matter.

“It has become expedient for me to invite you for a detailed briefing on the development.

“This is even more compelling having regard to earlier NJC Warning to judicial officers on the need to be circumspect in granting ex-parte applications.”

Money is the solution to most quarrels- Reno Omokri