Fears Grow Over The Emergence of New Covid-19 Delta strain Among 53,000 Revellers at Cornwall event 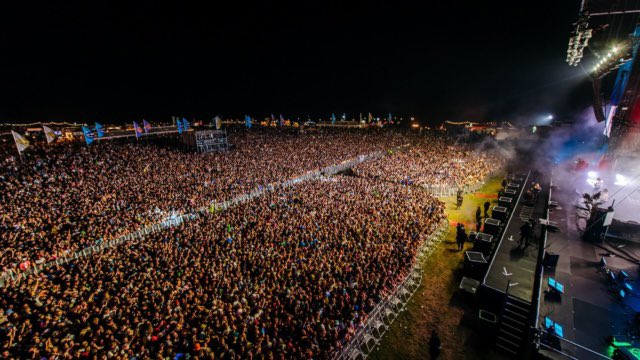 Oyogist has learned that not less than 5,000 infections have been linked to the Boardmasters festival in Cornwall, England, as over half a million music lovers attended the festival.

The infections are said to look like a new strain of the Delta variant, sources gathered.

A health official on pandemic response in the south-west of England said many of the infections among young people in the region had been identified as coming directly from the festival in Newquay.

The source further disclosed that the virus was traced because they can identify where it came from by genetic changes in the code.”

While it is being referred to among hospital staff in Devon and Cornwall as the “festival variant”, it is believed by many to be a new strain of Delta rather than an entirely new variant.

Delta already has around a dozen different strains.“It’s still the Delta variant but they can say it came from the festival, hence why it is being called the ‘festival variant’,”

“A senior scientific advisor has warned that such mass gatherings offer the virus a far greater opportunity to spread than any other outdoor event type, the official said further.

Dr Zubaida Haque, a member of Independent Sage, added: “The thing about mass gatherings is that people are right to think outside is safer than inside, but it’s the travelling back and forth to the mass gatherings that’s one of the main issues.

#BBNAIJA: Liquorose Breaks Down in Tears as Maria Gets Evicted