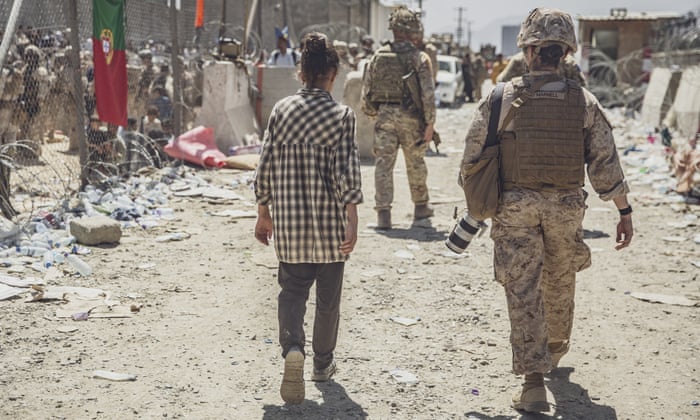 According to report reaching oyogist.com, the US military said Friday it had carried out a drone strike against a “planner” of the Islamic State-Khorasan, the group which claimed credit for the deadly suicide bombing at Kabul airport.

“The unmanned airstrike occurred in the Nangarhar Province of Afghanistan. Initial indications are that we killed the target,” said Captain Bill Urban of the Central Command.

“We know of no civilian casualties,” he added in a statement announcing the first reported US strike since the attack.

The strike, launched from outside of Afghanistan, came as the airlift of evacuees from Kabul airport continued under much-heightened security after Thursday’s attack.

At least 78 people were killed, including 13 US troops, when a suicide attacker exploded a bomb in the dense crowd in front of the airport’s Abbey Gate. Some media reported that fatalities numbered close to 200.

US officials said gunmen opened fire after the explosion, adding to the carnage.

The attack was carried out by the violent Afghan arm of the Islamic State group.

“Federal Government have not recovered N5.15tn debt”- Minister of Finance