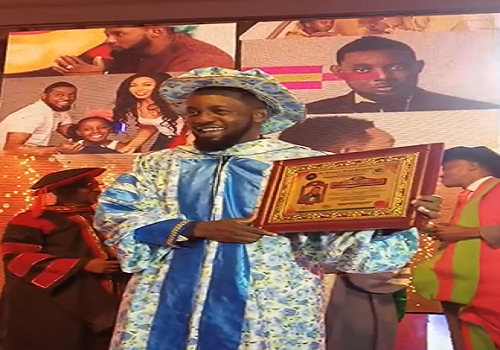 The honorary doctorate degree of humanities was conferred on AY at his 50th birthday ceremony, which was held on Thursday, August 26 in Lagos.

The comedian is now to be addressed as Dr Richard Ayodeji Makun.