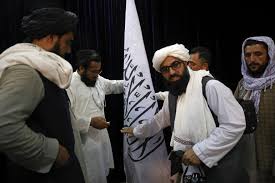 Following the Taliban “shocking” invasion of Afghanistan and capture of Kabul on August 15, several leaders have emerged as the group tried to create an image of themselves as a more moderate “Taliban 2.0”, Oyogist reports.

HIBATULLAH became Supreme Commander of the Taliban in May 2016, after his predecessor, Akhtar Mansour got killed by a drone strike.

Al Qaeda leader Ayman al-Zawahiri proffered his support when Akhundzada ascended to the role, hailing him as an “emir of the believers”.

Baradar is at the top of the hierarchy of Akhundzada’s three deputies. Born in 1968, he became friends with Mohammad Omar as an adolescent.

After the Soviets war, Baradar joined other like minded individuals in founding the Taliban in 1994.

Baradar was a leading player in the notorious Quetta Shura that reportedly directed Taliban operations from Pakistani territory after the 2001 US invasion toppled the Afghan Islamists – until his capture in Karachi in 2010.

Yaqoob is Mohammad Omar’s son and the head of the Taliban’s military activities.As his father remains a talismanic figure for the Islamist group, Yaqoob was considered as a possible supreme commander after Mansour was killed in 2016.

He was rejected due to his age.
AfghanistanTaliban
Share
0
FacebookTwitterPinterestLinkedinRedditWhatsappTelegramViberEmail

God is set to give Nigeria a new beginning – Osinbajo