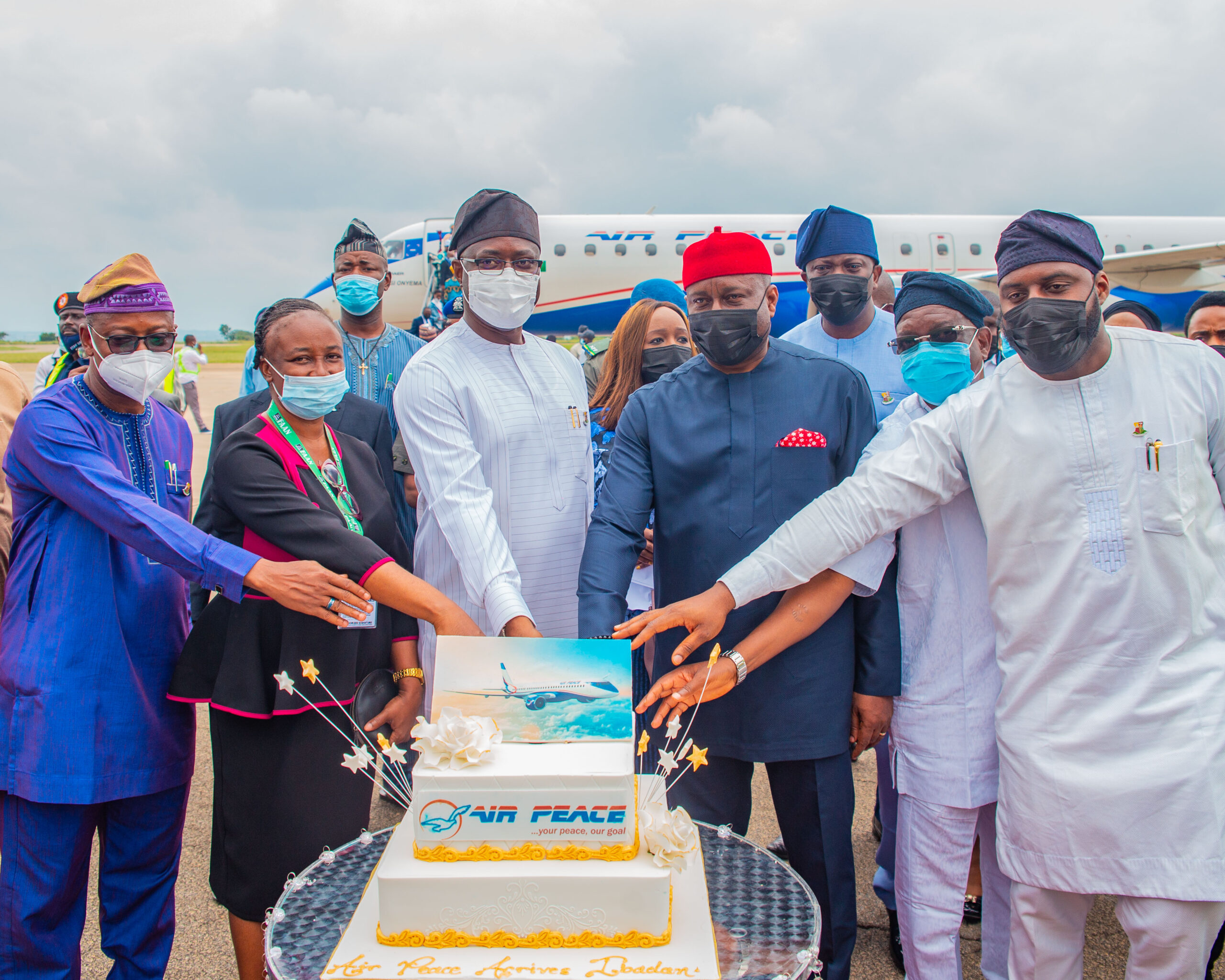 The Governor received Chairman and management of Air Peace Airline at the Alakia airport in Ibadan.

Governor Seyi Makinde took to his verified twitter handle to disclose this;

The tweet reads: “This morning, we received the first Air Peace flight to Ibadan. Air Peace will operate a daily flight into Ibadan. Our heartfelt appreciation goes to the Chairman, Chief Allen Onyema and the management of Air Peace Airline for keying into our vision and pioneering this project.”

“We also used the opportunity to officially open the renovated and remodelled Protocol/VIP Lounge at the Ibadan Airport, Alakia. This is one of several steps we have taken to upgrade the airport to make it an alternative airport in southwestern Nigeria.”

“Earlier this year, we donated an operational vehicle and a fire truck which upgraded the safety status of the airport. Last month, we awarded the contract for constructing & installing a 500,000-litre aviation fuel facility so airlines can make Ibadan airport an operational base.”

“In my remarks at the event, I thanked the Federal Airports Authority of Nigeria (FAAN) for working with us on this project. Without their cooperation, our plans to upgrade the Ibadan Airport would not be possible.”