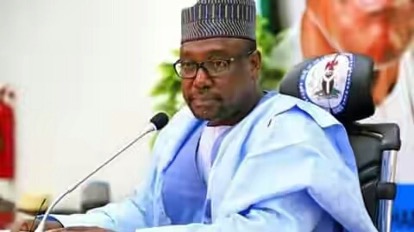 According to report reaching oyogist.com, Peoples Democratic Party, PDP, Niger State chapter has called on the State Governor, Alh Abubakar Sani Bello to employ similar tactics used in rescuing the State Commissioner for Information and Strategy, Mohammed Sani Idris to secure the freedom of the 136 abducted Tegina Islammiyya children from the den of the daredevil terrorist claws.

The state Chairman of PDP, Bar. Tanko Beji while making the call in Minna said it is good news that the Commissioner has regained his freedom, but noted need for the governor to also ensure the kids held captive for almost two months now are released.

According to him, ” the PDP values all lives as equal and wishes all persons, children, women, poor or rich, commissioner or cleaner are given maximum state protection as that is what a responsible government does.

“We were eyewitnesses to American Government sending elite forces to Nigeria, flying over 20 hours with every military might, just to rescue its citizen from the clutches of terrorists.

“The same attention and alacrity should be given to not just a kidnapped commissioner but all citizens, especially poor children of Tegina.”

#Bbnaija: I like Saskay but she thinks I’m a bad Boy- Cross