Copyright 2021 - All Right Reserved
Home PoliticsSecurityTerrorism If the government had paid my ransom, I would have resigned- Niger Commissioner
Terrorism

If the government had paid my ransom, I would have resigned- Niger Commissioner 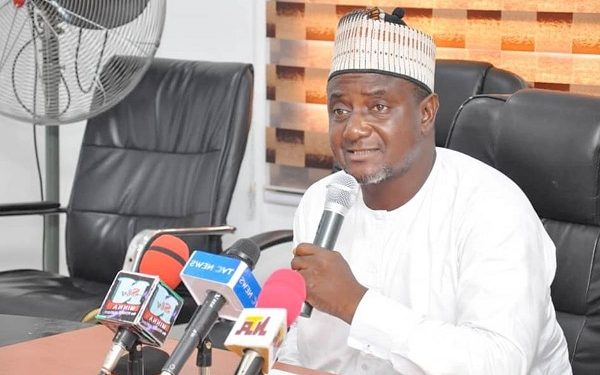 Niger Commissioner of Information Alhaji Mohammed Sani who was released earlier today by his abductors had said he is proud that federal Government didn’t pay his ransom if not he would have resigned, Oyogist.com reports.

Mohammed Sani was abducted from his hometown, Baban Tunga in Tafa Local Government Area of the state in the early hours of Monday, August 9 and was released earlier today.

Speaking with newsmen after being received by Niger Speaker Abdullahi Wuse and some members of the State Executive Council, Idris disclosed the terrible experiences he undergone in the hands of his abductors.

According to him: “I went through lots of trials in their hands, lots of dehumanizing things. It is not an experience that I will pray for my greatest enemy. It was dehumanizing, humiliating and degrading.

“They picked me from my house after breaking all the doors. They took me to a no man’s land in the middle of nowhere. I was there exposed to the rains for 48 hours with neither food nor water given to me, with my hands and legs tied.

“They brought me up but instead of them breaking me, I started breaking them. They started giving me bread and water, they untied me and they began to show concerns.

“They gave me the trampoline they used to themselves when they sleep and allowed me to use it to cover myself in the rains.”

Idris described his release as miraculous, stating “nobody paid any ransom, I was not rescued. I was released. It is just a miracle. I believe that it is a miracle, God touched their hearts to release me to reunite with my family.

”He described his abduction as a high profile case that was well planned and carried out.

“They came with an intention that they get N200 million from me or my life and they left with no money and with my life intact,” he said.

“I am proud to be part of this government, the first thing I did when I came out was to send a text to my Governor to thank him for having the strength of heart not to allow any state machinery intervene in my release because we decided in council that the Niger state government is averse to the payment of ransom to bandits for any situation, for any case.

“I thank the Government for standing by their words. They were able to protect the integrity of our government. I prefer to lose my life than to take the government to the washes and we succeeded.

“If the government had intervened in my case, I would have resigned because that means we would have been going back on our words.”