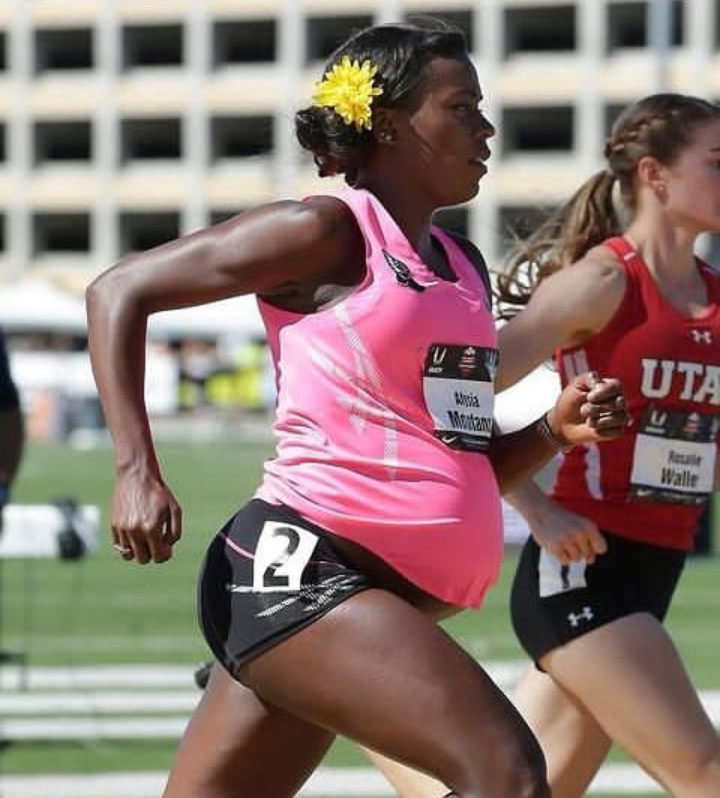 Oyogist has learned an 8 months pregnant USA Athlete, Alysia Montaño has performed above the expectations of many as she recently won the USA Track & Field Outdoor Championships, irrespective of her 8 months pregnancy.

Alysia, who is a six-time national champion in the 800-meter race, ran the race wearing a Wonder Woman crop top that showed off her growing stomach as she thrilled spectators with her performance.

According to Alysia, she wasn’t sure she could win the race but just wanted to compete anyway to make a point that pregnant women can compete without harming themselves or their pregnancies. “It’s still a conversation that needs to be had,” she said.