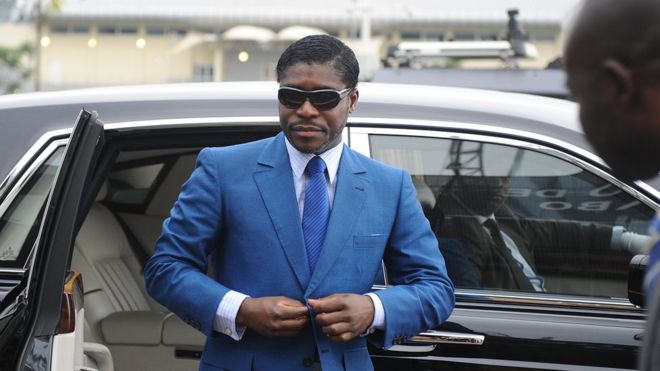 Oyogist has learned that the government of Equatorial Guinea on Saturday, kicked against the sanctions placed on Teodoro Obiang Mangue, son of the President.

The UK government had earlier sanctioned mangue for his Alleged involvement in the misappropriation of state funds.

Recall Oyogist had earlier reported that Obiang made news headlines when he bought a N113 million glove belonging to the late pop star, Michael Jackson.

However, in reaction to these sanctions, the government of Equatorial Guinea hit back, saying that the sanctions were ‘illegal’and ‘unilateral’.

An official statement from the Vice President, Malaabo, read;

“The unfounded sanctions imposed by the British government find their justification in the manipulations, the lies… that some non-governmental organisations promote against the good image of Equatorial Guinea.

“The vice president “has not made any investment in the United Kingdom,” it said, terming the measures “unilateral and illegal”.