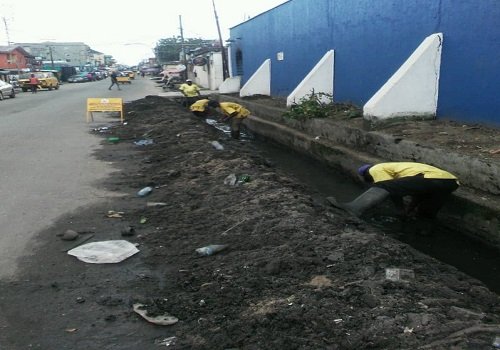 Following the recent flooding that occurred in some Local Government Areas in Lagos, the state Government has commenced clean up of drainage canals in 4 Local Council Areas which the channel 6C passes through.

The affected local Governments and Development Areas that the residents are now free from flooding including Surulere, Mushin, Odi-Olowo and Itire-Ikate.

Confirming the incident to newsmen, the Permanent Secretary Office of Drainage Services, Lekan Shodeinde said over 2 meters high refuse was evacuated at the Akonbi Crescent end and the LUTH tributary.