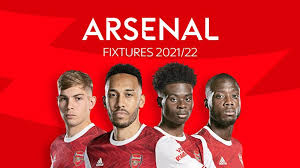 Arsenal manager, Mikel Arteta, has confirmed the appointment of a new set-piece coach, Nicolas Jover in replacement of Andreas Georgeson.

Arteta described Nicolas Jover as a coach whose expertise is incredibly useful and valuable for Arsenal.

“We had a situation in the summer with Andreas [Georgson], where he had the possibility to leave to his country,” Arteta told the club’s official website.

“He had different reasons to do that and I understood that situation, so we needed to recruit somebody.

“After looking through what the best solution would be, a person that I know was on the market, was available, is someone whose expertise are incredibly useful and valuable for us.

“He’s joining us. His name is Nicolas Jover and I have worked with him before at City.”

Jover left Man City this summer when his contract with the Premier League champions expired at the end of June.