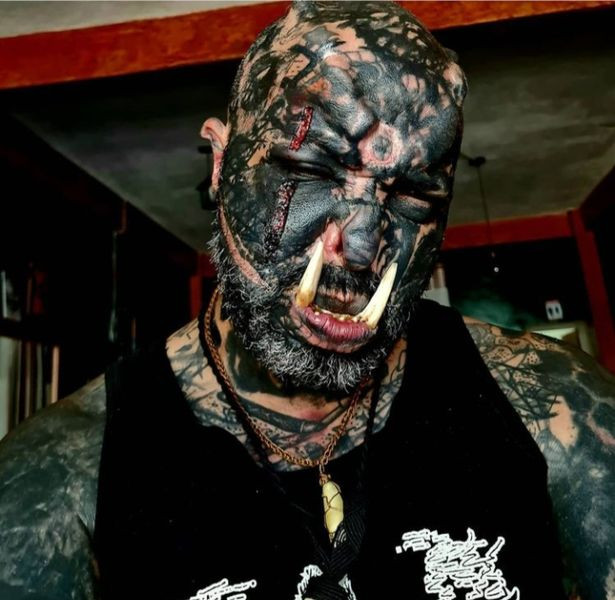 Oyogist.com has learned that a Brazilian man identified as Rico “Orc” Ledesma, 41, has revealed plans to make first ever appreance in a Hollywood film after transforming himself into a monster-like creature with split tongue.

Rico reportedly spent over £400 sticking two giant fake teeth to his mouth and eight subdermal piercings placed under his skin.

Rico while explaining the reason for his incredible transformation said:

“I started to change seven years ago in order to look different but the project to look like an Orc is less than a year old.”I got six false teeth placed in August 2020 and I’m going to put two bigger ones in, even though I’m having trouble eating and drinking.

“The new Orc modification project consisted of the implantation of two more tusks (two large teeth), body art which is almost all in black with some grey spots and some burns and modifications.”Today I have 85% of my body tattooed.

“The teeth were the final touch to the Orc project and came after a lot of study and sleepless nights.”