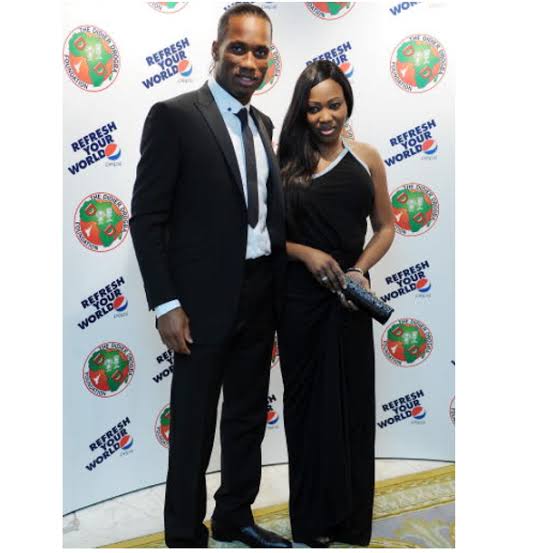 Oyogist.com has learnt that Chelsea legend, Didier Drogba’s marriage to his wife, Lalla Diakite has crashed.

This comes after video of Drogba with another woman went viral on social media recently.

In the footage, which a representative claimed had been hacked, the ex-Ivory Coast striker was seen bare-chested in bed with the near-naked young woman, sparking headlines in his home country.

This forced Drogba to make an official statement revealing that he and his wife separated in 2020, though a tough decision for them.

His post read: “I don’t normally discuss my personal life but due to false media speculation today I will confirm sadly that after 20years together Lala and I made the difficult decision to separate last year.”

“We remain very close and our main focus has been our children and protecting them and the family’s privacy,”