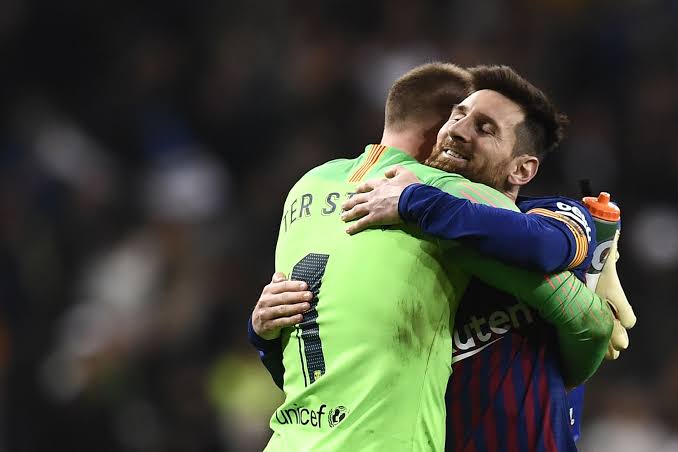 Lionel Messi, has reportedly clashed with goalkeeper, Marc-Andre ter Stegen as the crisis in the club’s dressing room reaches a boiling point.

This is not the first time Messi and the German shot-stopper have fallen out at Barcelona as they have had issues in the past as well.

According to the newspaper, the Argentine superstar and the goalkeeper have had a massive bust-up that has seen their relationship falling out completely.

The Spanish newspaper said that the reason for their fight is because Messi had opted for Keylor Navas as his first choice during the voting for the FIFA The Best awards.

Messi went on to choose Bayern Munich’s Manuel Neuer and Atletico Madrid’s Jan Oblak as his second and third choices.

This was rather seen as quite a shocking choice of votes from the South American superstar who generally always voted for his teammates.

And his decision of snubbing Marc-Andre ter stegen has not gone down well with the goalkeeper.

SERAP urges President Buhari to probe the mismanaged N3.8bn meant for Ministry of health and NAFDAC

“I’m pretty sure solskajer is happier than me”- Guardiola