Copyright 2021 - All Right Reserved
Home People JUST IN: Peter Obi, Oga Sabinus Debuts On List of ‘Most Talked About’ Africans in May
PeoplePolitics 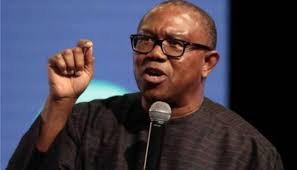 Social 100, one of the world’s largest Ranking companies has released list of 30 most talked about Africans in may 2022, Oyogist reports.

As seen from the list obtained by Oyogist, Peter Obi, a 2023 Presidential Candidate was ranked No 1, while Mr Sabinus took the 23rd spot.