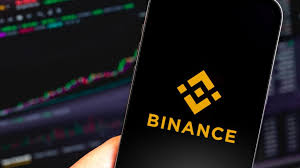 Mr Tony, while reacting to the recent speculations disclosed that he was not arrested by security personnel who stormed an educational session he planned and funded by Binance, stating that the event was a success.

Emeka stated that the enormous number of attendees at the Blockchain and Cryptocurrency Awareness Tour (BCAT) Africa event in southern Nigeria (reported to be over 7,000) frightened security personnel, causing them to search for the event organizer.

Emeka afterwards explained the event’s objective to the security men and obtained their understanding and support.