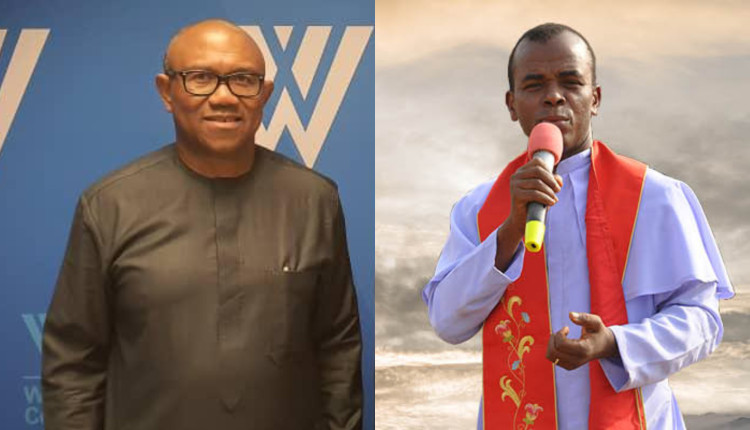 Recall that oyogist has reported how the Founder of Adoration Ministry Enugu, Nigeria(AMEN), Reverend Father Mbaka in a trending video had called Former Governor of Anambra State, Peter Obi “Stingy” and said that he won’t win the 2023 election.

The Enugu Diocese reacting to this in a statement condemned the act and distanced herself from the divisive utterances of Fr Mbaka.

The statement added that Fr Mbaka’s view are personal to him and the Enugu diocese also refrained him from making such provocative prophecies and utterances that will upset the polity.

It also added that the Enugu Diocese was taking due canonical process in the matter.