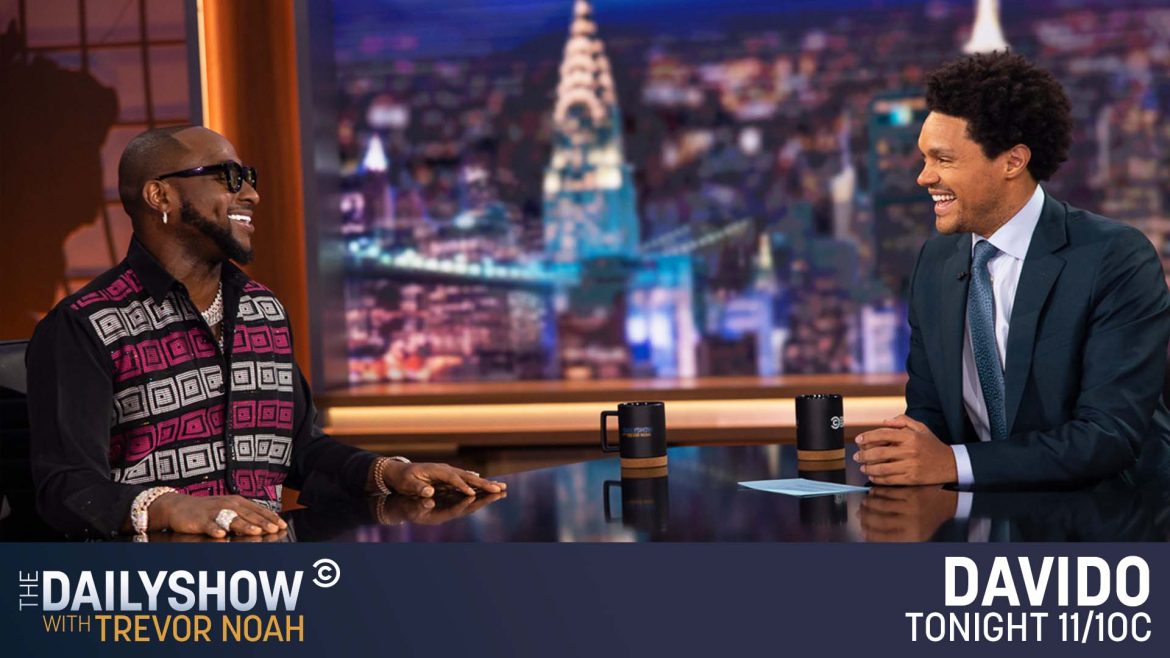 During the interview, Davido discussed how he challenges himself daily to make different genre of music.

He also spoke on his favourite part of being an artist, which according to him is when he performs at different shows.

Trevor, who seemed excited upon Davido’s arrival urged the crowd to give the singer a round of applause.

The Daily Show is an American late-night talk and satirical news television program.

It airs each Monday through Thursday on Comedy Central. The Daily Show draws its comedy and satire form from recent news stories as well as political figures and media organizations.